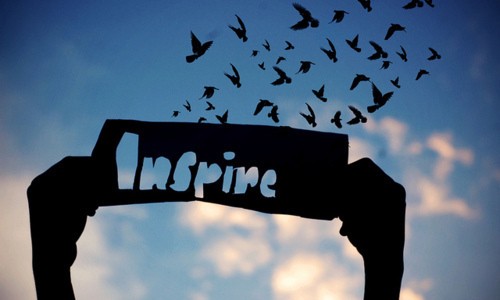 Most firms today have had to change their game to compete.  The economy, industry fragmentation, increasing cost of goods, consumer price-shopping, the Internet, globalization – the list of reasons goes on.  While everyone talks about innovation, the reality is that pressure is even higher to improve profit margins and productivity.  As a result, many organizations have been restructuring to boost ROI.  Often this means cuts, which can actually inhibit the creativity required to fuel growth.

Under such circumstances, how do you lead people to do their best?  Especially when you lead R&D – which is often viewed as a cost center, yet expected to innovate new products and technologies.

To find out, we talked with Jean Spence.  Jean was a senior leader at Kraft Foods’ restructuring, three-year turnaround, and Organizing for Growth (OFG) initiative.  She then went on to lead innovation and collaboration initiatives at Mondelēz International, the remaining company after the Kraft Foods spin-off.  Jean was a key member of the executive team that spearheaded both the people and product side of Kraft’s major transformation.  If anybody could speak to the implementation challenges and success factors, it is Jean.

Here is what she shared:

What do you think, especially coming from the R&D perspective, is the key to future growth and success in today’s disruptive, digital, and fragmented marketplace?  What would you advise innovation leaders to focus on?

JES: In Food and Consumer Packaged Goods, there is tremendous pressure on margins now. While there have always been ebbs and flows, the focus on margins is all-consuming.  It’s a structural change. Under Heinz [post- acquisition of Kraft], growth has actually declined. There is no R&D leader, but there should be. There also has to be a rise above cost.

Mondelēz now has a Chief Growth Officer who reports directly to the CEO and oversees strategy, R&D, CMO, and all global categories. He has helped R&D do more – and do it better. One of the things we learned is that decentralized organizations still need some centralization; the Chief Growth Officer changed this. R&D is back to central now.  R&D also had to show the organization, including the CFO, its own inefficiencies which we did by benchmarking against our peer set.  This has been important in making fact-based decisions and being proactive.  To identify new breakthrough technologies, we collaborate with the business team – this is key to getting investment, showing it’s not just technology for technology’s sake.  Finally, we look at trends (consumer, economy, politics, science) and at what we can do.

What, in your view, were the most effective and successful mechanisms to gain and maintain alignment during the major transformation you just went through?  Can you talk about how these worked?

How did metrics and performance indicators change during the restructuring? How were metrics calibrated to avoid conflicts between the functions and business units?

JES: The growth team has a set of pipeline metrics which the whole team is measured against.  Our metrics focus on where change is needed most, otherwise you can get swamped.  We did not drop metrics needed to maintain, but those were more automated.  For R&D specifically, we measure percent spend against long-term technology since we need to strengthen our performance there.  The goal is to go from 3% to 10%.  Finally, we took things to the staff level so targets would be specific.

What were the biggest challenges for you, personally, as a senior leader in your role during the Kraft/ Mondelēz restructuring?

JES: For me, it was trying to be dispassionate.  By that I don’t mean without passion, I mean not emotionally attached — you have to be VERY fact-based in this role.  I had lots of long talks with people in HR to get counseled on this, I also participated in a ‘Leaders at Their Best’ program.

In a major transformation, everyone has to share the pain — and the cuts – equally, even if at top tier. As I said before, we found our own inefficiencies and the end-points to spend against for growth, R&D, and marketing.  While Kraft chose to ‘drain the swamp’ and then build back, at Mondelēz we were careful not to cut too deep. I wanted to make sure and protect functions like QA and packaging with hard-to-get expertise that would be difficult to replace.  It’s a balancing act.

What role does transparency play when people ask you questions, but you don’t have all the answers?

JES: You have to be very honest and open, there’s no such thing as over-communication.  If you don’t know specific answers, give timelines.  Don’t overpromise, though.  Say ‘in 30 days we will know more,’ or whatever the correct timeframe is. No matter what, we didn’t miss deadlines.  We balanced speed with doing things right, even though we prefer to do it right than fast.  We realized we are vulnerable, and if we don’t do it to ourselves, someone else will do it for us.

Jean Spence recently retired as Executive Vice President of Research, Development & Quality for Mondelēz International, Inc., a position she held from January 2004 to April 2015. She was responsible for all product and packaging development, research, nutrition, quality, food safety and scientific affairs activities worldwide. She held the same position at Kraft Foods Inc., the $50B predecessor to Mondelēz International, prior to the spin-off of the company’s North American grocery operations in October of 2012.  In both roles, she reported to the CEO, sat on the Executive Team and was a frequent presenter to the board of directors.  She was responsible for technology and innovation strategy for the company.  The innovation performance went from bottom to Top Tier – resulting in top 4 customers naming Kraft ‘Innovator of the Year’.

Jean Spence will be the featured speaker at an exclusive one-day strategy session
Innovation & Growth Leadership Summit
on Monday, April 25, 2016 in Chicago IL.

For more details and to reserve your place > CLICK HERE